skip to main | skip to sidebar

Ernest Bevin was the youngest of nine children. He was born illegitimate at a time when that was a stigma. He never knew his father. His mother died when he was eight. He left school at the age of eleven and worked as a manual labourer until the age of twenty-seven.
Ernest Bevin. In 1921 he amalgamated several trades unions to form the Transport and Genral Workers' Union - the largest Trade Union in the world. He led this union until 1940. He joked that the USSR was simply the Russian branch of the TGWU. He was on the general council of the TUC from 1925 and in 1937 became its chairman. In 1940 Winston Churchill invited him to become Minister for Labour and National Service. During the war there were hardly any strikes at all - Betteshanger Colliery being a very rare example. After the war he was elected unopposed as Labour member for Wandsworth and became Britain's Foreign Secretary where he negotiated Britain's membership of NATO and became one of the most influential Foreign Secretaries in British history.
When Churchill and Bevin sat and watched troops depart for Normandy on D-Day, troops turned to Bevin and asked him to look after their wives and kids - it was enough to bring a tear to the great man's eye.
To somebody like me, brought up in the Labour Movement, yes, I'm pleased Obama won his election. We should remember of course that governments lose elctions and opposition parties do not win them. I'm inclined to think most Labour Party leaders would have won the 1997 election (perhaps not with such a big majority) but it wasn't all down to Blair's genius. I remmber voting for Blair in the leadership election and for Clause IV thinking to myself that he was going to have to do two things to make this worthwhile: First of all to get elected -  which turned out to be the easy bit and secondly to make electing his government  worthy to be elected. Obama now has this difficult second job. It remains to be seen whether or not he succeeds. The story of his election is a great one but not yet quite as great as that of Ernie Bevin.
Posted by The Gentleman Loser at 06:30 1 comment: 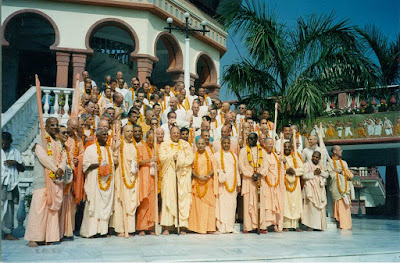 All of these incidents just from Wednesday of this week!
Posted by The Gentleman Loser at 11:04 1 comment:

Why Snuffy Is A National Treasure...

Little Nancy was doing her very best to keep calm despite the severe provocation of the  fourth year (this was 1990) boys. Nancy was from Sierra Leone. The boys had said that she lived in a mud hut and that her Mum was a witch doctor. Her brand new liberal RE teacher was clumsily trying to come to her help saying that such language was racist and had no place in his classroom but the fact that Nancy's tormentors were African-Caribbean was confusing him too much and he was trying his inadequate best to respond to the demand that he should 'Stay out of it, sir - it's a black thing.'
Having spent thirteen years teaching in a South London comprehensive I knew that as soon as I started reading To Miss With Love, this woman knew what she was talking about so here is my list of reasons why despite her idiosyncratic views on industrial relations (see #10,11,20), and my being an officer of the NUT, Snuffy is a national treasure:
Posted by The Gentleman Loser at 17:58 4 comments:

Away from the numbers 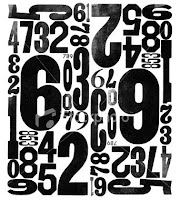 " 'No evidence' exam tagets work" Threatening schools where less than 30% of the pupils obtain 5 or more GCSEs at A*-C with closure does not actually work. Who says so? The NUT, perhaps? Another teaching union? The Green Party? The SWP? The Lib Dems? The National Audit Office, the mild mannered number crunchers.? Could be! What a shame neither of the big two English political parties can grasp this.
Posted by The Gentleman Loser at 17:45 No comments:

Hmm... apparently the Senior Leadership Team are 'concerned' about the falling Religious Studies GCSE results over the last five years. This wouldn't by any chance be the same Senior Leadership Team that has reduced RE's teaching hours by 36% over exactly the same period? I wonder how other examined subjects in the school have coped when their teaching time has been cut by 36%...What you mean to say no other subject has had their teaching time cut like that? Really? If reducing my teaching time by 36% did not have an impact on GCSE results, frankly, I really would be worried.
Posted by The Gentleman Loser at 07:00 2 comments: 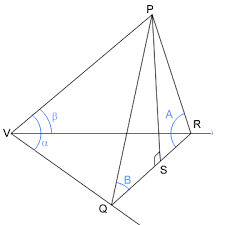 "Too much maths taught to test" apparently. Who would have thought it? You insist that GCSE league tables are published and that they must include maths results. You introduce de facto payment by results for teachers. You threaten schools with closure where less than 30% of kids get 5 or more GCSEs (including Maths) and then you discover that those pesky teachers are teaching to the test.
Well the only good thing about this latest bit of nonsense from Ofsted is that it will be greeted by derision by just about everybody and it further undermines this organisation's credibility - you might remember that this is the organisation that has mangled the English language and indeed reason so much that satisfactory now means unsatisfacory. If you can remember that sine theta equals opposite over hypotenuse you will probably not be able to remember why it does. Most parents who take an interest in such things would probably think that rather than spending two lessons explaining why tangent theta equals opposite over adjacent, Mr Robinson should be teaching something else that will get little Johnny through his maths exam.
Posted by The Gentleman Loser at 21:23 No comments:

Reading an excellent post on Miss Snuffleupagus' blog has made me think about the man my friends and I knew and loved as Stinky - Mr Sinclair. He taught us History at A level and was simply inspirational. He never pretended to be our friend, if he had a sense of humour he kept it hidden from his pupils, but we adored him. Why? His knowledge of his subject seemed amazing, the passion he had for his subject unmistakable. He could be withering in his criticism of your essays, or of you if you had a habit of handing them in late - "Gentleman Loser, why is it you want to go to university when you so dislike writing essays?" Twenty three years later I can still feel that shame. Quite simply he was one of the most inspirational teachers I have ever known - certainly of all the teachers that taught me. Like a lot of fifty somethings during the late 1980's he got out of teaching because he could see the writing on the wall, the arrival of the National Curriculum and all of that - and although his early departure from teaching was very sad it was absolutely the right move for him. OFSTED would have hated him - learning intentions were decided upon five minutes into the lesson when we reminded him that we had done John Pym a couple of months beforehand. I imagine he would have been taken to task for his failure to embrace the new technologies and pedagogical orthodoxies but I can't help feeling that teaching is very much poorer for the loss of Stinky and his kind. 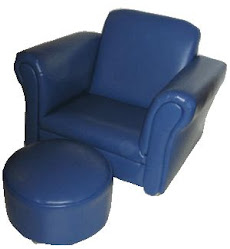 It's my comfort zone and I'll stay here if I want to...